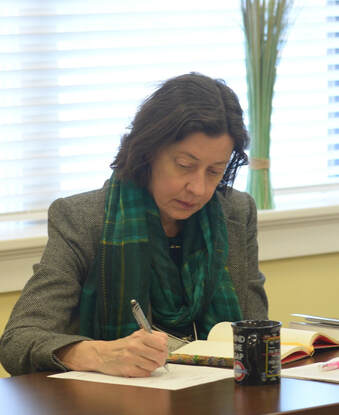 January Overview
Christian Ethics (D)
This class is designed for students enrolled on the deacon track as well anyone seeking a better understanding of Christian Ethics for personal enrichment. Rather than taking an issues-based approach to Christian ethics, this course will tell the story of Christian ethics, considering the ways in which people in the Church have responded to God's work in their midst through word and deed. In telling this story, there will be three primary trajectories: Scripture, historical theology, and contemporary theological ethics. These three trajectories will shape the questions of the class, some of which will sound like the following: What is the place of Christian-ethical reflection in the Hebrew Bible/Old Testament? How might Kierkegaard's concept of the "teleological suspension of the ethical" in Fear and Trembling shape the way encounters those complex moments that demand ethical discernment? What has Christian ethics to do with modern city planning? As these and other questions are asked, at the forefront of deliberation will be the pursuit to understand the relation between the Word's eternal wisdom and the Word's work of making all things new.﻿﻿
Reading List              Your Instructor
Christian History I
This course explores Christian history from the end of the New Testament period (about A.D. 150) to AD 1000. We see Christianity as a small religion among many in the Roman Empire, then as that empire's official faith, and then  as a growing movement continually encountering pagan cultures in the Mediterranean world and northern Europe, changing those cultures and being changed by them. Information on Eastern Christianity will help us understand Western Christianity. The course involves short lectures that leave plenty of room for discussion.
Reading List              Your Instructor
Polity  &  Canons
This course provides an overview of the governance of The Episcopal Church, including the Constitution and Canons of the Church, General Convention (and its Committees, Commissions, Agencies and Boards – “CCAB”), the offices of the Presiding Bishop and the President of the House of Deputies, the nine regional Provinces, the respective Dioceses and the individual congregations.  In addition we will look at the governance (or lack thereof) of the worldwide Anglican Communion and the place of The Episcopal Church within that Communion.
Reading List              Your Instructor
Register for January Courses