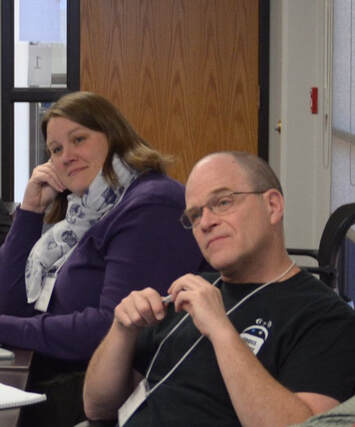 April Overview
Christian History Survey (D)
Christian History is an overview of the 2000 years of the faith. Topics include Jesus and early Christianity, transition from Jewish sect to separate religion, encounters with the pagan Greco-Roman world, the end of persecution, status as a state church, definitions of belief about Jesus Christ and the Trinity, expansion into Northern Europe, the Reformation and Catholic-Protestant struggles, expansion of Christianity around the world, faith wrestling with the Enlightenment, what “Christendom” was and how it is disappearing, and the meaning of modernity and post-modernity. We will pay attention to Christians’ engagement with the world and service to the world.
Reading List              Your Instructor  Preaching I
This course will introduce you to the ministry of Homiletics (preaching), to deepen your knowledge of the history of preaching, to familiarize yourself with various types of sermons, to understand the influence of the church year on preaching, and to provide you with the necessary skills, knowledge and abilities to develop, prepare, and deliver both a meditation and a homily.
Reading List Your Instructor
Register for April Courses